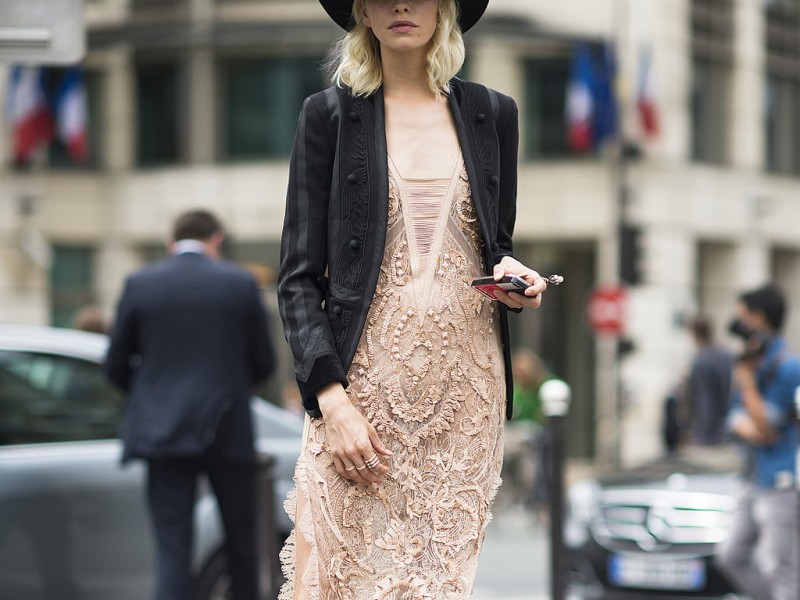 For the past two springs, I’ve visited Antigua and am well aware of the mosquitoes that inhabit the Caribbean and the near impossibility of leaving without sunburn.

Tabloid in long-form, Anger details the scandals of Tinseltown’s very first stars (including Rudolph Valentino, Roscoe Arbuckle, and Clara Bow) against the backdrop of a city charged by rampant debauchery and high glamour.

Whereas Hollywood Babylon deals mostly with the era’s nightlife, the workday habits of early film stars were pretty wild too. For our purposes, it’s all about the prep. Hence a little history lesson today, particularly about how one might get ready for a period moving picture.

The stylist and curator’s handy checklist for next time you’re ready to make a Goodwill run.

Early movies were shot on orthochromatic film, which was not sensitive to yellow-red wavelengths (so colors on that end of the spectrum became almost black). Blue and purple tones, in turn, showed up pale and whitish. The unfortunate on-screen effects of this were myriad—actors with ruddy skin looked dirty, and blue eyes would turn blank and spooky. The latter pitfall almost foiled the ambitions of eventual Academy Award winner Norma Shearer when she was told by D.W. Griffith, The Birth of a Nation director, that her eyes were “far too blue” to have any success in cinema.

In order to create an impactful (and hopefully, natural) look under such conditions in the 1910s and ’20s, most actors were tasked with applying their own makeup (A common press photo set-up was very Top Shelf-like and featured the starlet at her vanity.), and studios would distribute guides for proper use of color. Blue-toned greasepaint was applied as a foundation and contouring shade, while lips were painted yellow. In real life, actors must have looked truly bizarre when they arrived at the studio. Early greasepaint was texturally problematic. Since it was applied with a heavy hand, the surface layer would often crack when the actor’s expression changed (not great for a medium that relied so heavily on overly dramatic, silent expression). It could also be hazardous—as was in the case of Dolores Costello (Drew Barrymore’s paternal grandmother), whose complexion and career were both damaged beyond repair by early film makeup. In 1914, Max Factor, a wig and cosmetic shop owner in Los Angeles, developed a solution in the form of Flexible Greasepaint. After its invention, he became the most sought-after makeup artist in Hollywood and the leading figure in cosmetic development for the industry.

When orthochromatic film gave way to panchromatic in the 1920s, shiny hair and eyelids captured the glow of incandescent bulbs used on-set to great effect. Factor kept pace, developing specific light-refracting hair dyes to suit this technical shift—even sprinkling gold dust on to Marlene Dietrich’s wigs when asked. He couldn’t rest on his laurels for long though—Technicolor was on the horizon, and with it came a new set of cosmetic challenges.

A final note: In the early ‘30s, still riding the panchromatic “high shine” wave, Factor created a slick lip coat for his famous clients. The formula would go on to become commercially sold as “X-Rated,” the world’s very first lip gloss. Something I think we’re all still kind of into.