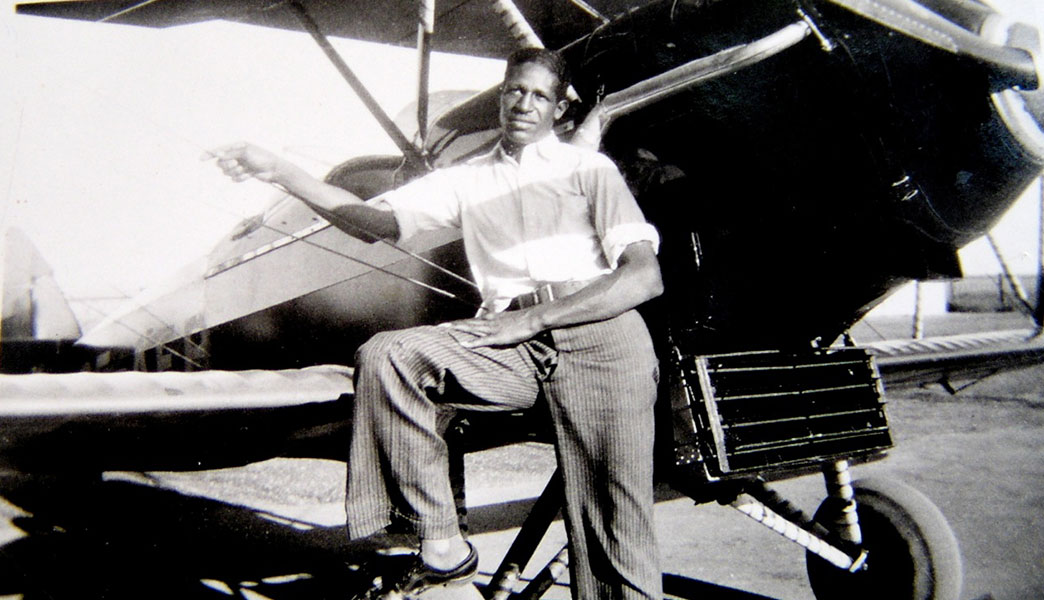 Historian and author H.T.Bryer has penned a fascinating book about Frank Calvin Mann (1908-1992). “Mr. Frank Calvin Mann was the little known but brilliant black aeronautical engineer who worked out the design problems on the The Spruce Goose [Hughes H-4 Hercules] allowing the worlds largest airplane to fly.” Because Howard Hughes’ white engineers wouldn’t work with Frank Mann, he would dismiss them and bring Frank into his hanger in the back of a panel truck or hidden under blankets to help solve the problems. Thus the title of Frank Mann’s biography, “Hidden Genius”
He was not only a talented aeronautical and aerospace engineer, but also an award winning sports car designer, soldier of fortune in the Italo-Ethiopian War, primary civilian instructor of the famous Tuskeegee Airmen, and a World war II officer in the Army Air Corps. Another interesting fact about Frank was that he was a lifelong friend and associate of and behinds the scene troubleshooter and engineer for the world famous Howard Hughes.

“Foremost, I would like to thank my brother and collaborator Paul Bryer, without whose prodigious memory and tenacity this story would have died out, faded, and passed with the memories of those who knew Frank and knew of his incomprehensible accomplishments and contributions to the world.”

Hidden Genius The Black Engineer Behind Howard Hughes
To Quit, Or Not to Quit? For What to Do When You Hate Your Job
To Top